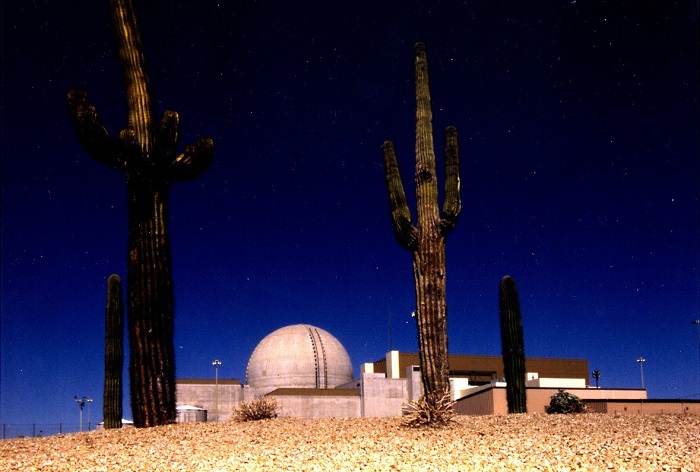 Palo Verde has provided clean, safe, reliable energy to PNM customers for 30 years. PNM has just over 10% ownership in the Palo Verde Nuclear Generating Station (Palo Verde), the largest nuclear power plant in the U.S., located near Phoenix, Arizona. In 2020, PNM announced that it will exit its leases for 114 megawatts of Palo Verde capacity. The replacement of this leased capacity allows PNM to integrate more renewable resources that provide the best value to customers and support the path to emissions-free energy by 2040. PNM will continue its ownership of 288 megawatts to provide carbon-free energy to meet customer needs every hour of every day.

Palo Verde is licensed and routinely inspected by the Nuclear Regulatory Commission (NRC). It is a three-unit, 3,810 MW generating station operated by Arizona Public Service Company that serves more than one million homes in the Southwest. It currently provides about 33 percent of the power needs of PNM consumers in 2018.