About PNM Proud to Provide Power for Nearly 100 Years

Proud to Provide Power for Over 100 years

PNM was originally founded in 1917 as the Albuquerque Gas and Electric Company, but its roots can be traced to 1882 when electric and gas operations began in Albuquerque, New Mexico. We have deep roots in New Mexico and are proud to have been able to serve our community with safe, reliable power for the last 100 years. As our industry grows and changes, we look forward to new possibilities to better serve our customers in the next 100 years.

In 1920, homes and business began wiring for electric service and electrical demand was growing steady. In 1922, new generation was needed and the Albuquerque Sawmill Power Plant added Unit 4, capable of generating 2,500 KW. A new power plant was built next to a sawmill in 1927 that went into operation three years earlier in 1924 in Bernalillo. The Bernalillo Sawmill Power Plant generated 2,500 KW.

The first inter-city electric transmission line in New Mexico was completed in 1929, and connected Albuquerque to Santa Fe, ending the dependence of each city on its own town power plant. The transmission line allowed the utilities to share generation when one became short on supply.

The first natural gas pipeline arrived in Albuquerque in 1930. Natural gas brought a clean fuel that was much higher in energy content than coal. It brought an end to having coal delivered and no more soot from coal was blackening the drapes, rugs and furniture.

In 1933 the depression drove several federal programs to address many of the country's problems. President Franklin D. Roosevelt instituted a series of experimental government projects and programs known as the New Deal to provide jobs and stabilize the economy. Two of his reforms affected utilities: Public Utility Company Reform (PUCHA) and the creation of Rural Electrification Administration (REA). At this time only one in nine farms across the country had electricity. In New Mexico it was even a bigger problem, because no more than 5 percent of the rural areas in the state had electricity. It was expensive to run lines to areas with very few users and utilities were reluctant to do this. The REA was created with a single purpose to get transmission lines to farms and rural areas. 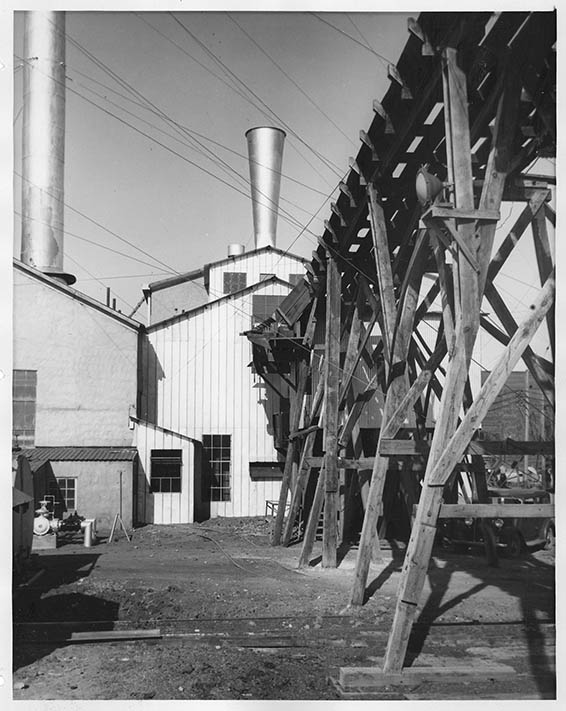 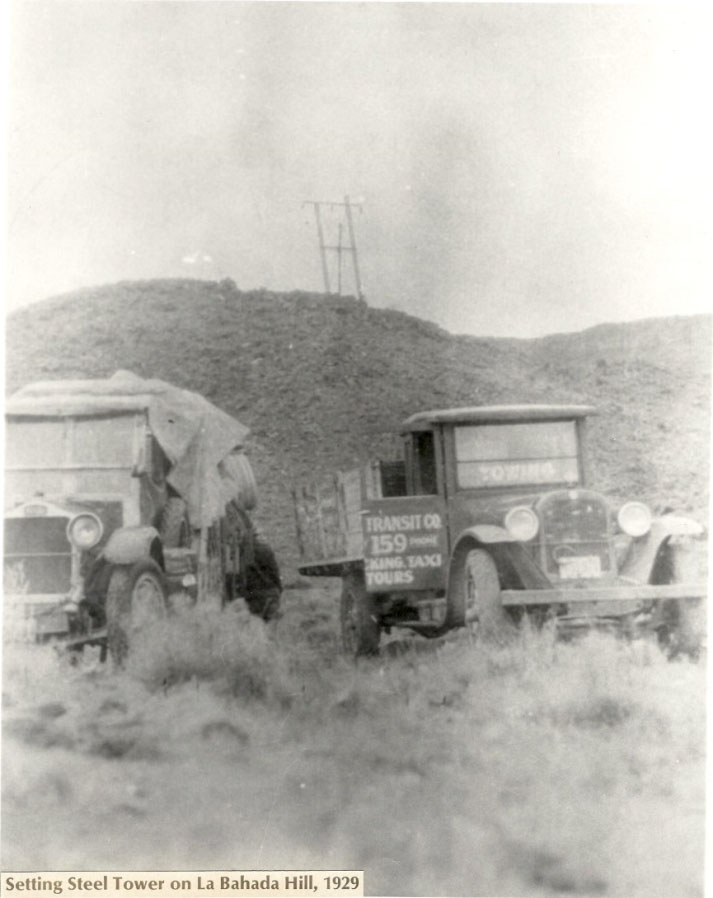 In 1946, the Albuquerque Gas and Electric Company changed its corporate name to the Public Service Company of New Mexico (PNM) and acquired the properties of utilities in other New Mexico cities, including New Mexico Power Company, Deming Ice and Electric Company, and Las Vegas Light and Power Company. PNM went public in 1948 and began to operate as an independent utility. PNM sold its retail gas operation to the Southern Union Company in 1949 to concentrate on electrical operations. 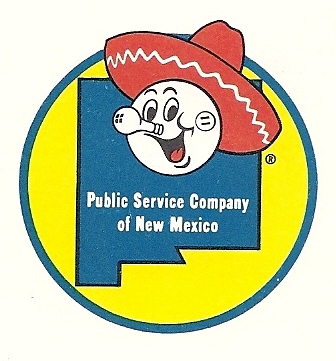 Reddy Kilowatt, the friendly electric servant was the face of the PNM Logo. 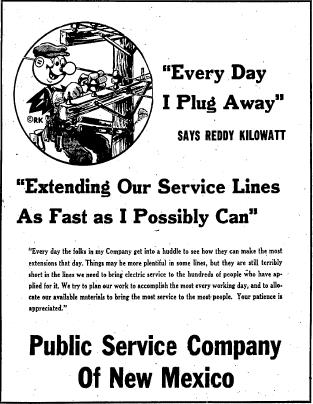 By 1960, all of PNM's generating stations used natural gas purchased from the Gas Company of New Mexico for fuel. Rising fuel costs led the company to explore the possibility of substituting coal for gas for economic reasons. Around 1965 PNM acquired a 13 percent ownership in two generating units of the coal-fired Four Corners Plant in northwestern New Mexico, the first step in WEST's  (Western Energy and Supply Transmission Associates) ambitious goal of creating 36-million kilowatts of new electrical capacity by 1985 to meet projected demand. Construction on the plant started in 1966 and the Four Corners Plant became operational in 1969. PNM also announced plans to construct with Tucson Gas and Electric Company another coal-fired plant in the same region, called the San Juan Generating Station, which would have state-of-the-art pollution controls.

In 1972, PNM listed on the New York Stock Exchange, and then in 1976 construction began on the Palo Verde nuclear power plant. 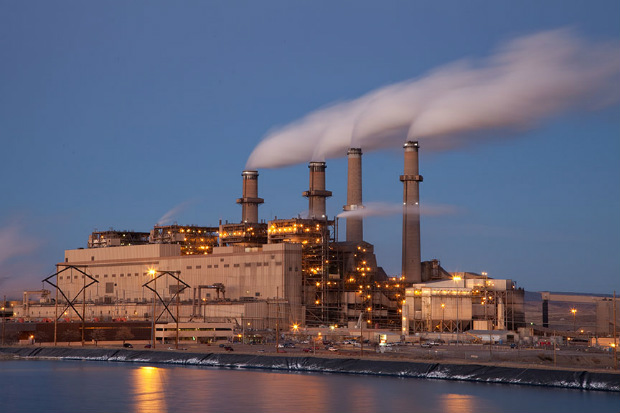 The firm acquired the Gas Company of New Mexico from Southern Union in 1985, and brought both its electric and gas operations under the PNM name in 1994.

In 2003 PNM began purchasing power generated by the New Mexico Wind Energy Center near Ft. Sumner, and in 2005 PNM purchased TNP Enterprises, a privately owned holding company for Texas-New Mexico Power Company (TNMP) and First Choice Power (which was then sold in 2011). 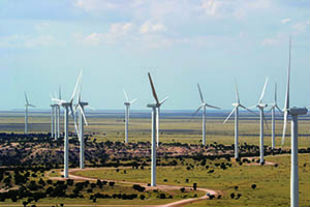 In 2016, an agreement was reached for PNM to provide electricity through renewable resources for a new Facebook Data Center in Los Lunas. Energy will be provided through three new solar farms currently under construction. 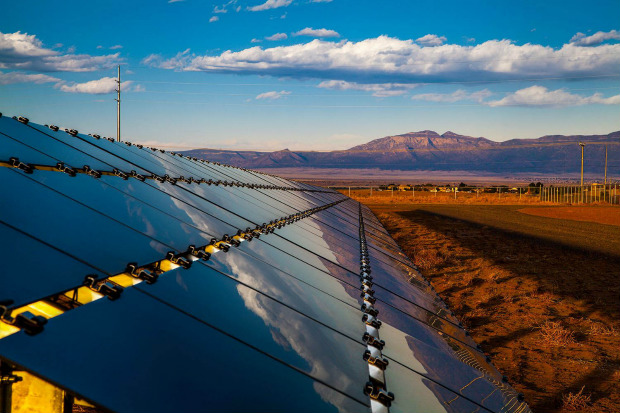 PNM is excited to celebrate 100 years of powering the energy needs of New Mexico in 2017, and we look forward to our next century of service.